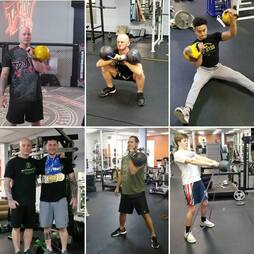 The next workshop date is still TBD - email scott@eptsgym.com if you would like more information about it!
​
Extreme Performance Training Systems
6375 Spalding Drive
Suite – N
Norcross, GA 30092
Time: 10am – 2pm
Cost: $119
*Please Note: Registration will be limited to the first 30 sign ups.

This is a hands-on workshop that will focus on using kettlebells as a means of general physical preparation for combat athletes.

​This workshop will be hosted by strength and conditioning coach and owner of Extreme Performance Training Systems, Scott Shetler, and Brazilian Jiu Jitsu athlete and owner of the Grappling Central Podcast, Ryan Ford.

Through this workshop we will provide instruction of various kettlebell exercises that we feel are the most beneficial to grapplers and fighters, how to implement these exercises as part of a strength and conditioning plan, how kettlebell training can function as a stand-alone training system, discuss the physical benefits of this training, answer your questions and much more! This seminar will be discussion and hands-on, so come prepared to lift!
​
Please contact Scott at scott@eptsgym.com for more information or hit the "buy now" button below to register.

About the Workshop Hosts 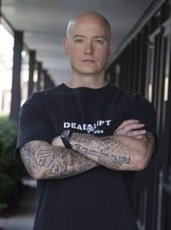 Scott has a degree in Health and Physical Education, is certified by the National Strength and Conditioning Association (NSCA), and is a certified kettlebell lifting coach.

Through Extreme Performance Training Systems, Scott trains competitive athletes of all levels as well as motivated fitness enthusiasts.  In addition, Scott has spoken at numerous seminars, clinics, universities and various presentations on topics related to health, fitness, and strength and conditioning and has certified many kettlebell lifting coaches and trainers worldwide.

Scott has been featured in, and written, numerous articles for both web-based and print publications.  He has authored numerous books including "Kettlebell Conditioning for MMA and other Fight Sports", “Kettlebells for Sport, Strength and Fitness”, "Abundant Health: Fitness for the Mind, Body, and Spirit", and "Eat Plants, Lift Iron" a book he co-authored with Stic of the hip hop duo Dead Prez and Afya Ibomu; produced three DVDs and has more information products in the developmental stages. 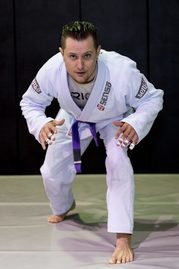 Ryan’s parents got him involved with martial arts as a child after his obsession with The Teenage Mutant Ninja Turtles had him throwing kicks and breaking things in the apartment. He continued practicing Tae Kwon Do as a kid and got into boxing as a teenager. As a kid in the early 90’s, he watched the original UFC VHS tapes with his father and was fascinated by Royce Gracie and Brazilian Jiu-Jitsu. But it wasn’t until he was 20 years old and had outgrown The Ninja Turtles (slightly) that he began his training in Brazilian Jiu-Jitsu. It quickly became his life’s passion and he has since been exposed to some of the very best instructors in the world.

​He began his training in 2005 under Pedro Sauer black belt Eddie Camden, later moving on to learn under legendary coral belt Romero “Jacare” Cavalcanti at Alliance Headquarters in Atlanta. While at Alliance HQ, he also had the privilege to learn from Master Jacare’s former assistant and world champion Lucas Lepri. After recently moving further north of Atlanta with his wife, Ryan now trains under Renzo Gracie black belt and UFC veteran Paul Creighton. During his 10 year journey (With a few breaks) Ryan has been fortunate enough to train all over the US and in Brazil. His wide exposure to different academies and styles has given him a very open-minded outlook on Jiu-Jitsu and grappling as a whole, and a great disdain for politics and divisive thinking within the Jiu-Jitsu and grappling community. Whether it is Gi or No-Gi, sport or self defense, Judo, Wrestling or Sambo, Ryan loves it all!

Kettlebell Kings is the leader when it comes to offering the best quality kettlebells and kettlebell gear at the best prices! We are thrilled to be partnering with them for our events.